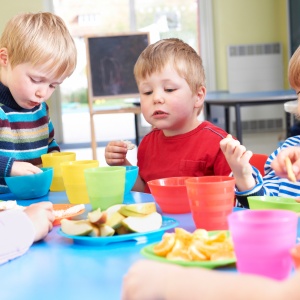 Many people are firm believers of the ‘five-second rule’ arguing that if it’s picked up off the floor within five seconds, it’s still safe to eat. According to a survey carried out by Aston it found that 87% of people said they would eat food dropped on the floor, or already have done so. But is this actually safe?

In short – no! Even if it spends a mere second on the floor, it is still enough time for the food to be contaminated with bacteria. How much bacteria, however, upon factors such as the floor condition and surface type. Bacteria, along with viruses and moulds can cause food poisoning, leading to a host of unpleasant symptoms such as stomach pains, diarrhoea and vomiting. Anyone can get food poisoning but some people, including babies and children, are more likely to have serious symptoms.

When in doubt, toss it out

For those who believe that a little dirt never hurt anyone here is a harrowing statistic – each year in the UK around a million people suffer a food-related illness and of these, about 20,000 people require hospital treatment. Up to 500 of as a result of their illness. Despite this, many of these cases can be prevented by practising good food hygiene.

So what to do with that piece of chocolate cake you just dropped on the floor – the safest choice is to throw it out.