Mental health problems do not discriminate; they can affect anyone at any time, regardless of ethnicity, gender, age, or sexuality.

Despite its commonality, many sports people still hide how they are feeling because of the stigma associated with mental health problems.

“For generations the stigma around mental health has led immensely talented sports people to live in silence and fear, tearing themselves apart because of society’s lack of understanding and ignorance.

“I am so pleased that we are now in an era where we can start to talk openly about our emotional struggles as well our physical needs. But more importantly, now there are people who can help, they are willing to listen and support.”

As with Dame Kelly Holmes, a growing number of successful sports stars are being to talk more openly about their own battles with mental health. This is beginning to pave the way for a shift in attitudes, to understand that improved player welfare results in improved player performance.

Over the last few years, successful sports men and women have spoken more openly about how they have struggled with mental illness throughout their career.

Michael Phelps - The most decorated Olympian in history, suffered from anxiety and depression.

The above content is taken from EduCare’s Mental Wellbeing in Sport and Physical Activity training course which is aimed at those who participate in sport and their support networks such as coaches, family and medical support staff. The course was developed in partnership with UK Athletics and is endorsed by The Running Mind, a mental health initiative from the Dame Kelly Holmes Trust.

The course costs £9.50 to buy online or is included within EduCare for Sport®, a package of safeguarding and duty of care training courses that starts at £40 per learner. The package contains six courses, which would be worth £81.50 if bought individually, as well as a reporting suite to manage learners and evidence training has taken place.

Get in touch to find out more. 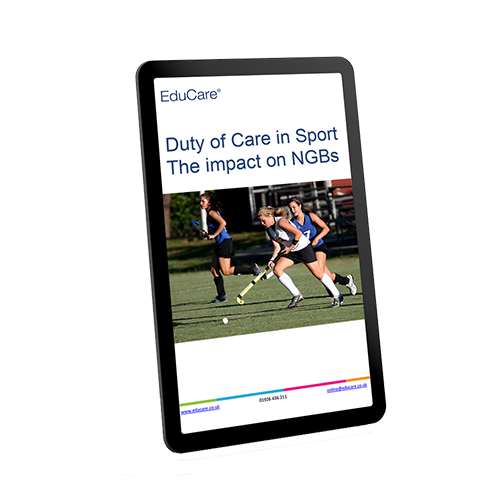 Duty of Care in Sport – The impact on NGBs

This resource looks at the recommendations made in the report and uses best practice guidance from other industries to examine how these changes can be achieved.

Staff wellbeing is of critical importance to schools, and whether you want to focus on your own wellbeing or are looking out for your colleagues, you will find information, guidance and support in this course. It considers the meaning of wellbeing, its impact on individuals and the workplace, common mental health issues and the causes of work-related stress. The course also explores what positive staff wellbeing means in practice, and how you can help to create it for yourself and your school.

After completing this course you will:

This course looks at mental health and emotional wellbeing in young people, highlighting some signs and symptoms, along with myths and the stigma associated with mental health issues.

After completing this course you will:

What are the main causes of work-related stress? 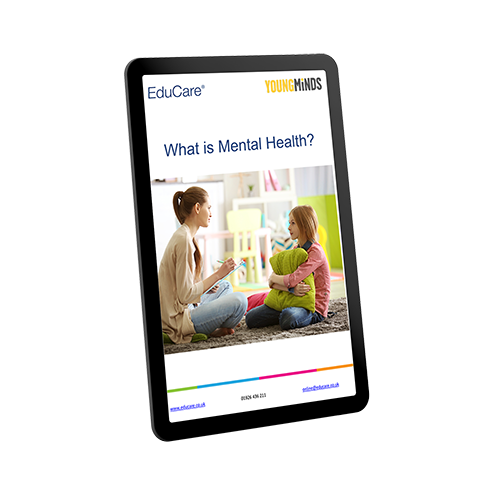 What is Mental Health?

This resource will look at the simple definition of Mental Health, the Mental Health continuum and the common issues that affect Children and Young People.