The 10 Categories of Abuse and How to Handle Them

Abuse comes in a variety of forms, many of which you may be unfamiliar with. In our Safeguarding Young People course, EduCare looks at the ten most common categories of abuse and offers advice on how to handle each one. Here is a list of those ten categories and how safeguarding training can help professionals deal with their effects.

Physical abuse is often the form of violence that receives the most attention and condemnation. Currently, it’s estimated that one in four women will suffer from domestic violence at some point in their lives.

Common abusive acts include hitting, throwing, scalding and even suffocation. If you suspect that someone has been involved in an act of physical abuse, remain supportive and provide assurances that they did the right thing by confiding in you.

While physical abuse often comes with noticeable symptoms, psychological abuse is much more inconspicuous. New laws have made emotional abuse a criminal activity, but it is still difficult to combat if victims don’t feel safe enough to speak out against their abuser.

Simple suggestions, such as telling someone they are overweight or making them feel worthless in any capacity, can lead to emotional deficiencies. Safeguarding training can help social staff spot common signs of psychological abuse, such as increased isolation and changes in appetite or diet.

Around 437,000 adults suffer from cases of sexual abuse each year; and in reality, these numbers could be much higher. One of the reasons so many cases slip under the radar is because victims are afraid to speak out against their abusers. Safeguarding measures seem to fall short of the high standards we should be setting and rape victims often feel as though they are being shamed for their ordeal.

Neglect is often associated solely with very young children. But young adults can also suffer neglect at the hand of parents or other senior figures. Many cases of neglect are caused by adults failing to provide food, clothing, health services or education for teenagers and adolescents.

During a safeguarding training course, support staff learn how to treat the psychological side effects of neglect. Often, it can take some time for affected young adults to open up again, so patience and understanding are required at all times.

While most cases of neglect are exacted by outside parties, self-neglect is becoming more of a prevalent issue. Common signs of self-neglect include poor personal hygiene, little regard for general health and a proclivity towards hoarding or other such obsessional behaviours.

While it can be difficult to get someone to admit to self-neglect, safeguarding training can help carers understand the needs of those in their care. Self-neglect is all too readily dismissed as a lifestyle choice and requires immediate attention if is to be avoided.

6. Safeguarding against Financial or Material Abuse

Financial abuse is rarely talked about in the but is regularly linked to cases of identity theft. Extreme cases of financial abuse involve the fraudulent seizure of someone’s material assets via power of attorney or eviction.

While the elderly are often the main targets of financial abuse, young people can be just as susceptible to it. Since this kind of abuse doesn’t always receive widespread coverage, safeguarding training can provide a comprehensive overview of how to handle individual cases.

Rises in hate crimes have splashed the front pages of many national newspapers recently. Brexit alone has seen the number of hate crimes increase by 41%, but the root of the issue has always been ingrained in our society. Racist, sexist and religious abuse are all too common and leave victims feeling marginalised and unwanted.

At such a critical time in our country’s stability, safeguarding training can help those with a duty of care support disenfranchised members of the community. Discriminatory abuse may be on the rise, but, with the right support, staff can promote a culture of inclusion.

Organisational abuse stems primarily from an abuse of power. Often associated with care homes, institutions and pupil referral units, this kind of abuse comes directly from those who should be providing a safe and nurturing environment. Some of the most vulnerable young people are affected by organisational abuse and feel let down by the system.

Safeguarding training is particularly important in combatting abuse. Health Staff can benefit from a course that shows them when they might be restricting the stimulation or activity of those in their charge. It can also help them spot when a colleague or manager is exhibiting abusive tendencies.

Although we’ve already covered domestic violence, domestic abuse is a much broader category. In fact, domestic abuse can involve nearly all of the categories above, from psychological persuasion to sexual and honour-based violence. It’s estimated that around 2.1 million people in the UK have suffered from domestic abuse in the last year (including both men and women).

Domestic abuse often comes from the breakdown of a dysfunctional relationship. Sometimes the partner may feel unable to leave, as they have nowhere else to turn. Safeguarding training can help social workers recognise the verbal and physical signs of domestic abuse and stop things reaching a crisis point.

Now and again, particularly heinous stories of modern slavery will crop up in the news. But, for the most part, human trafficking, forced labour and domestic servitude happen on a daily basis without our knowledge. Individuals are often coerced and deceived into these situations and find themselves without the means to escape.

Safeguarding training can shed light on an area of abuse many people have little concept of. While we may choose to believe that the UK is free from this kind of inhuman activity, the fact remains that modern slavery is still a prominent issue.

EduCare is dedicated to preventing all types of abuse against vulnerable people. get in touch to find out more.

To receive the latest news and offers, click below

Safeguarding Young People (Colleges and Universities), endorsed by established youth organisations, provides the key information needed to help raise your awareness of young people who may be vulnerable because of their age, relative inexperience, past abusive experiences or current circumstances.

This one module course delivers one CPD hour and comprehensively covers:

What is Contextual Safeguarding?

Keeping children safe in education 2018 contains a new term – Contextual Safeguarding. But what is it, and how does it affect schools? 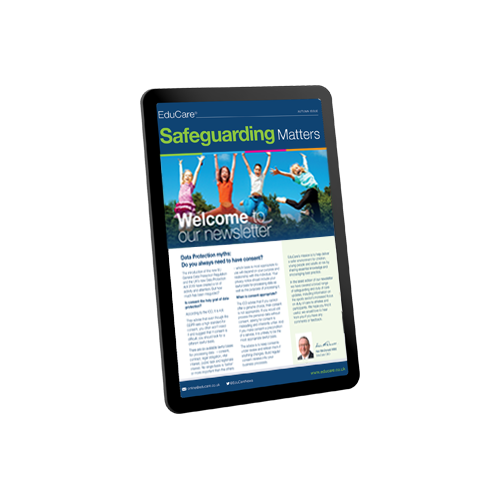 In the latest edition of our newsletter we have covered a broad range of safeguarding and duty of care updates, including information on the sports sector’s increased focus on duty of care to athletes and participants.